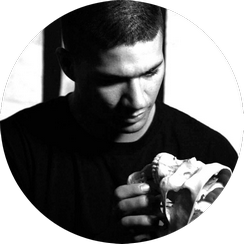 He is an active visual artist and has presented two solo exhibitions. He participated in numerous group art exhibitions and artist residencies and has received several awards. Works by the painter are included in many private collections.

Participation in “Loving Vincent“, awarded movie for the best Animated

Award in the “7th Biennale” art contest of the students of Fine Arts School.

International Amnesty representation in the diary of 2014 with the artwork entitled “The torture of loneliness”.

• Award of the National Institution of Scholarships for the excellence and performance in the obligatory pre-required exams before entering the University of Fine Arts School.

• Top student in the admission exams in the Fine Arts School.

∙ Fabriano In Acquarello, Italy, May.

• University assignment in the exhibition hall “Nikos Kessanlis” in the
School of Fine Arts, Athens.
• Students exhibition entitled “Choice1” with the artworks of 14 students of Painting and Sculpture in corporation with the private institution “Alli Arkadia” in the exhibition Hall Felios, Athens.

• 7th Biennale, of A΄ workshop in Visual Arts, in association with “Ta Nea tis Technis” and the Institute “Theocharakis” / Distinction award.
• “Alos Theasis” Eikastikes Anazitiseis Gallery, Athens.
• “Sea Images” participation in the European Scientific Program named “Perseus” in association with the Greek Centre of Marine Research in the exhibition hall “Nikos Kessanlis” in the Fine Arts School, Athens.
• “Art of Amnesty”, an exhibition concerning the human rights, organized by the International Amnesty and the Fine Arts School in the exhibition hall Camp, Athens. Selection of one of his artworks for the diary of 2014 of International Amnesty.

• Students Painting exhibition organized by Fine Arts School in Terra Petra, Athens.
• A co-operation between students of the Workshop of Painting and the private institution “Moraitis” in the grounds of charity representing the organization “Elpida”, Athens.
• Visual workshop and exhibition of visual work in co-operation with the department of culture of Piraeus Bank of Greece, the Fine Arts School and the Environmental Museum of Stimfalia, Peloponnese.

• Charity event entitled “Man, Colours, Music, donate a chance in life” in corporation with International organisations such as the Jose Carreras club of Greece and the music association Gina Bachauer against the disease of Leukaimia, Athens.